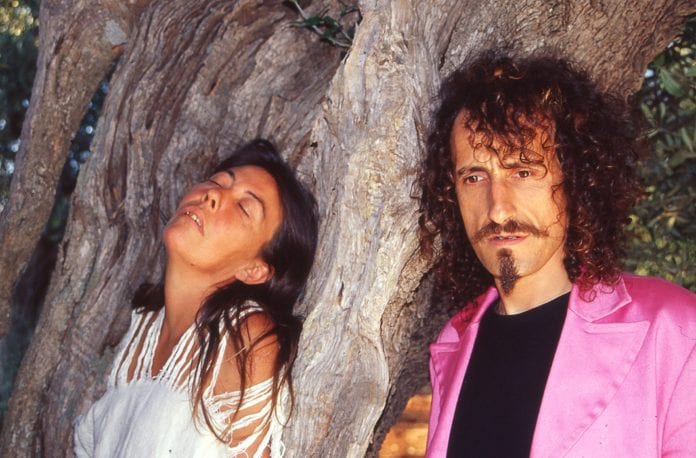 «This is the best foreign film in Italy because we don’t feel Italians». Antonio Rezza starts attacking the presentation of Samp, always joined by Flavia Mastrella. Despite almost 20 years of shooting, the story is synthesized in few words: «Samp is a killer in love that kills tradition». Around him there’s the couple pilwheel, weird shots and artistic settings, Rezza’s voices, faces, movements and his ability to involve everyone he meets. Killer’s victims are old ladies, craftsmen and children met by chance in the villages of Valle d’Itria. «We got out of the car already dressed up by our characters and strated to interact with people» says Rezza. «It was not easy convince them but they accepted when we told them we would have killed them». 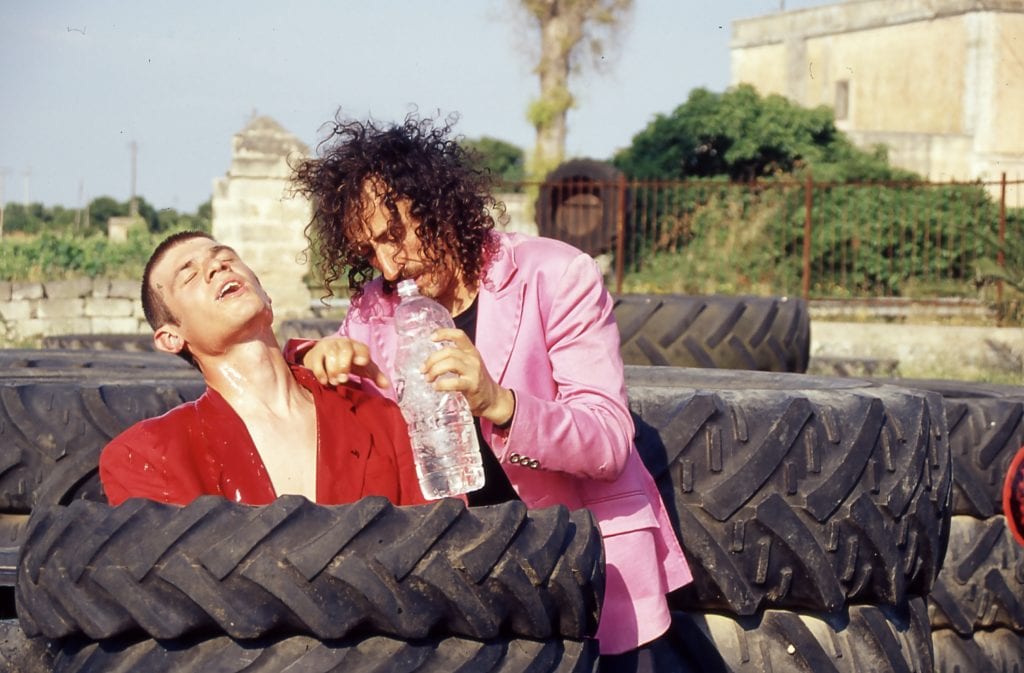 Samp is Rezza and Mastrella first movie for theaters since 20 years (even if they are still looking for distribution). «We quit movies at the beginning of 2000 as a political protest because we thought it was corrupted and today it is even more corrupted» says Rezza. «Distributors are become accountants and first question is “Are you Italian?” so they can save 30% of the government funds». Venice Days «unlocked us» and now Rezza and Mastrella are ready to come back. Mastrella is working on a «video reading of the Italian Constitution of 1972 played by animals with the voice of their master». Rezza «a movie about a ever screaming Christ. It’s almost done, I just have to shot the last supper, but it’s not difficult to prepare a dinner». Then together they are preparing  Petardo a luce rossa. «We are looking for a producer because the movie is expensive» says Rezza «There are fights with a couple of hundred people, but I can make with the half». 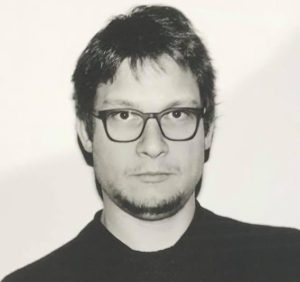