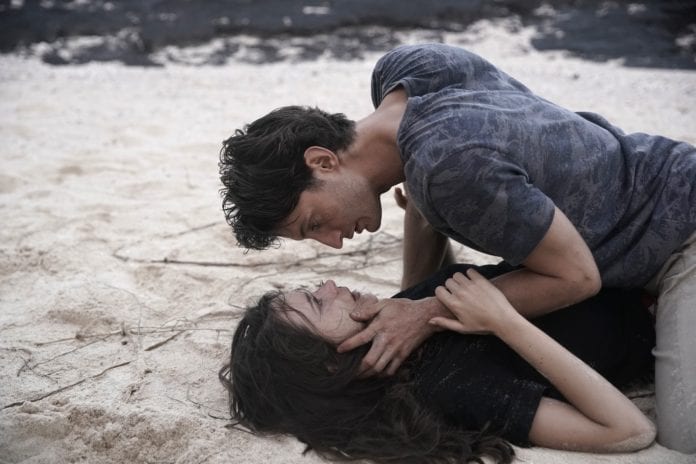 «Unlike Mal de pierres this is a modern story set in Parisian banlieu, Oceania and Geneve» says Nicole Garcia talking about Amants. «The story is focused on three characters and once againg there’s a woman in balance between two men, but this time the love story with a deadly purpose». This is the not very comforting intro by french actress, director and screenwriter about her thriller based upon a piece by Garcia herself Jean Fieschi and played by Stacy Martin (Lisa Redler), Benoît Magimel (Léo) and Pierre Niney (Simon). Lisa Redler (this was the early title of the movie) meets her former lover Simon again. He disappeared and she got married with Léo, a rich lawyer. Their revived passion ignites a dangerous and potentially deadly love triangle.

After a series of shorts and documentaries, Bosnian director, screenwriter and producer Jasmila Zbanic made her debut in fictional feature film in 2006. Esma’s Secret was a sudden critical success. It was the story of a woman and her daughter struggling with the aftermath of war in Bosnia-Herzegovina. The movie won Berlinale Golden Bear and the author kept expressing herself with a poetic storytelling strongly pervaded by “real life cinema”. For Those Who Can Tell No Tales (2013) reveals the atrocities of war framed in an idyllic place on the border between Bosnia and Serbia. Jedan dan u Sarajevu is an actual documentary that analyzes causes and consequences of the attack in Sarajevo against Archduke Francesco Ferdinando, heir to the Austria-Hungarian throne. It was Sunday June 28 1914  and the attack was the casus belli that triggered the First World War.

Quo Vadis, Aida? takes us to Srebrenica in July 1995. Aida is a translator working at the United Nations and seems to be the only one still able to help the Muslim Bosnians, threatened by the Serbian troops led by General Mladić during the siege of the city. On the 25th anniversary of the Srebrenica genocide that cost the lives of eight thousand Bosnian Muslims massacred by Serbian troops led by the war criminal Mladić, Jasmila Zbanic brings that tragedy back to us.