In competition: “Pieces of a woman” 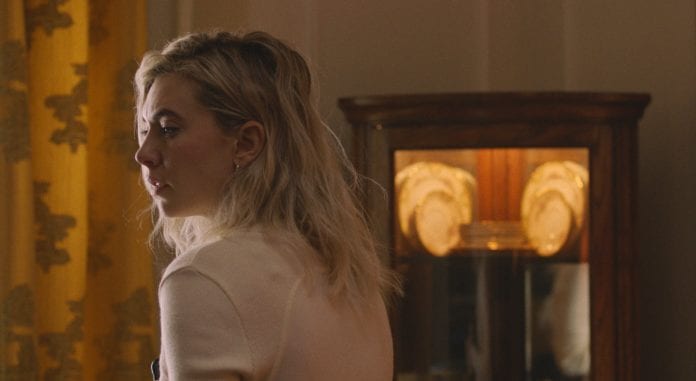 «When Martin Scorsese called me for the first time, time stopped for a second». These are the words of  Kornél Mundruczcò, director of Pieces of a Woman, describing the moment when the man who is responsible for Taxi Driver let him know he loved his work so much to support him.

«It’s lucky to see a movie that takes you by surprise» Scorsese said. «Pieces of a Woman for me was a deep and uniquely moving experience. I was emotionally invested in it from the first scene, and the experience only intensified as I watched. Kornél Mundruczó has a fluid, immersive style with the camera that makes it hard to look away, and impossible not to care».

Scorsese knows what fluid and immersive style means. Pieces of a Woman has a powerful storytelling. Martha and Sean (Vanessa Kirby and Shia LaBeouf ) are a couple from Boston waiting for their first child. But joy turns into tragedy during a home birth at the hands of a flustered midwife (Molly Parker), who faces charges of criminal negligence. Thus begins a year-long odyssey for Martha, who must navigate her grief while working through fractious relationships with her husband and her domineering mother (Ellen Burstyn who won an Oscar for Martin Scorsese’s Alice Doesn’t Live Here Anymore), along with the publicly vilified midwife whom she must face in court.

Based on a personal experience shared by the director and actress and screenwriter Kata Weber, Pieces of a Woman is the first English speaking movie by Kornél Mundruczcò, Hungarian director regular visitor of major film festival with his movies. He won Cannes’ Un Certain Regard with White Dog and now assembled an impressive cast for his first American adventure.