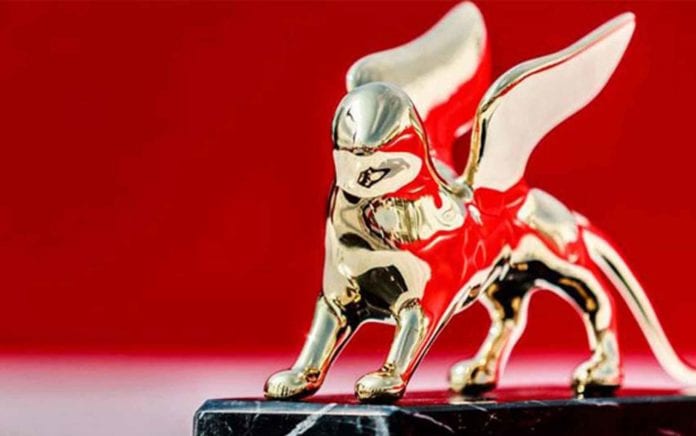 Here we are, today the Film Festival finally begins. There are four Italians in competition, Emma Dante, Susanna Nicchiarelli, Claudio Noce and Gianfranco Rosi, plus several others scattered in the parallel sections but not too many: we have seen much more “patriotic” editions and it wasn’t usually a pretty sight. There aren’t Oscars contenders, at least on paper, but we won’t be complaining about it: for a few years now Venice seemed to calibrate its prestige on the ability to anticipate the Academy – and it is not clear why the  oldest festival in the world should submit itself a priori to the most pop taste. However there will be two Oscar winners at the Lido, even if they are, soberly, the great documentary makers Frederick Wiseman and Alex Gibney, both out of the competition, the first one with the monumental City Hall and the second one with the disturbing Crazy, Not Insane. Although it’s true that giving up the great spectacular “products” made in the USA is never a pleasure. It’s too bad that we can’t see the latest movie by David Fincher at the Lido. It was already scheduled if only he could have finished it in time.

That said, Venice had guaranteed an “almost” normal edition and the promise seems to have been kept. There will be a lower number of movies, but maybe it’s better this way. We will sit at a distance, and this is annoying because in the secret life of a festival there are also whispers, nudges, jokes. But you can’t mess with the virus so that’s okay. Hopefully, we will queue in a more orderly way but on the other side we will meet fewer foreign friends than usual, and that is a real pity for the conviviality which is the keystone of every festival. However the essential thing is that the show program does not disappoint. And this is where Mr. Barbera took the biggest risks. Alongside the well-known names, from Amos Gitai to Andrey Konchalovosky, from Kiyoshi Kurosawa (for the first time in Venice) to the highly anticipated Gianfranco Rosi (who won the Leone d’oro with Sacro GRA, returning now with a blockbuster documentary shot for years in the Middle East), there are in fact several new or almost new authors. We are betting on a movie that will be shared by three other festivals – Toronto, New York and Telluride – ushering in a collaboration that could be one of the first good results facilitated by the pandemic. We are referring to Nomadland by the Chinese American Chloé Zhao (already noticed with The Rider). It’s a long journey along the routes of the contemporary West led by the always brilliant Frances McDormand, who leaves Nevada for the collapse of her small town, accompanied by some authentic nomads who will be her mentors on a journey of discovery of the world and of herself. In terms of method and ambitions, it seems to us the classic title that could disrupt. Two other promising titles are Never Gonna Snow Again, a reinterpretation of Pasolini’s Teorema by Malgorzata Szumowska four- handed with Michal Englert, and the extravagant, supercinephile and unclassifiable In Between Dying by the Kazakh Hilal Baydarov, recommended by the Mexican genius Carlos Reygadas. The rest, never as this time, will be done by the audience, called to personally contribute to the success of a risky and historical edition, which will have to jump over old and new battles to fight a battle that is only apparently a rearguard action. We are talking about rediscovering the pleasure of being together and to prove that we are able to do it.