Movie of the day: Dear Comrades! 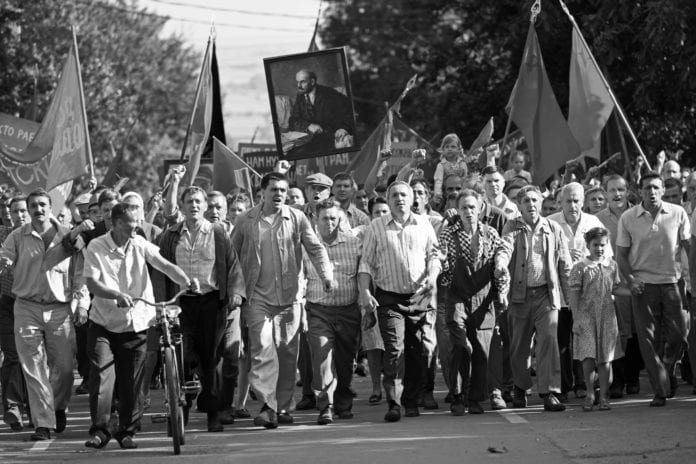 June 1st 1962, Novočerkassk. The Russian Army shot 26 people e injured 87 more during a demonstration. They were workers from the factories of the area protesting for the sudden rise of the prices of butter and meat and against the grueling working conditions imposed by factories to increase production. An insane and useless slaughter that was covered up by Soviet communist secretary Nikita Chruščëv. File was reopened thirty years later, but of course it was impossible to find any of the responsibles of the massacre. The bodies were buried in anonymous graves that were found and given back to the families in 1994. 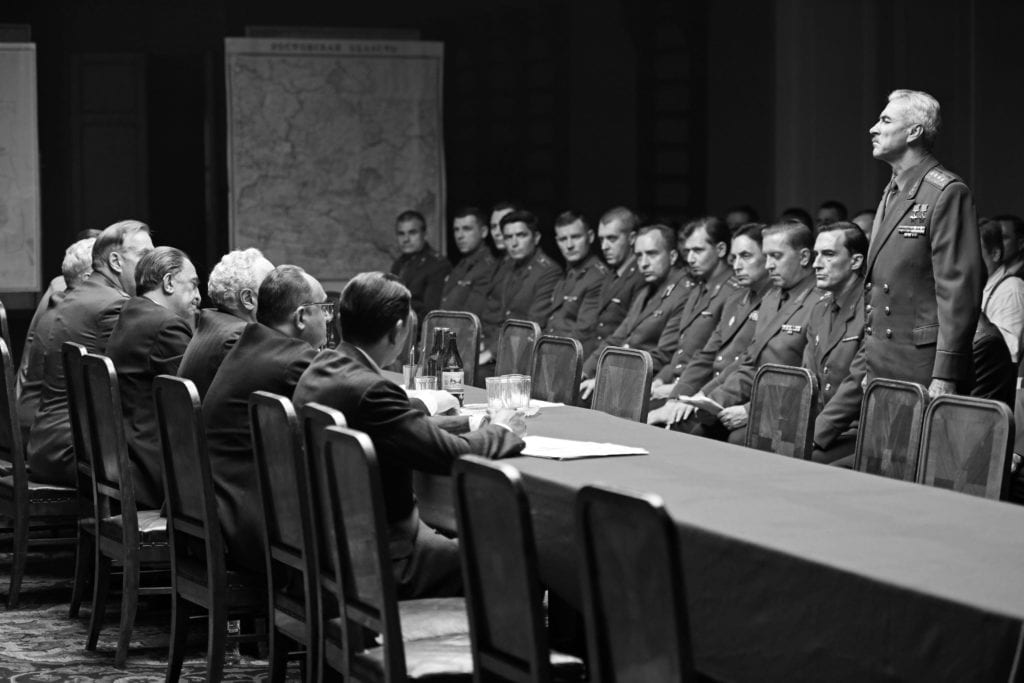 60 years later Andrej Konchalovsky gives justice and tries to shed light on this tragedy. Dear Comrades! follows Lyudmila (played by Yuliya Vysotskaya, magnificent actress and Konchalovsky’s wife) looking for her daughter who got missed during the riots. Lyudmila has blind faith in the communist party and the ideals of Soviet Union, but witnessing the cruel killing of her comrades from KGB will collapse her beliefs. While wandering the besieged city, she will come across many situations revealing distortions and lies of the regime.

Shot in black and white and 4:3 ratio to replicate the period atmosphere, Dear Comrades! does not look like a movie directed by an 83 years old man. But age is definitely not an issue for a man that chewed cinema for his entire life, writing the script of Ivan’s Childhood and experiencing Hollywood hell being fired from Tango & Cash despite the support of Sylvester Stallone.

There are many examples of very young old men that tell stories in very modern way, with great freedom and no filter. Mr. Konchalovsky is definitely one of them.