The Book of Vision: days of a future past 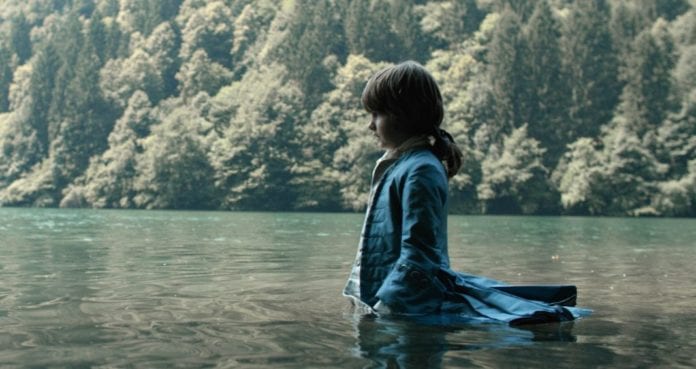 One of the main source of inspiration was videogames narrative structure» Carlo Hintermann’s The Book of Vision is a future-oriented movie that today enlights the screen of Venezia 77 and is the world premiere operning 35th International Critics Week. News about international sales are also very positive.

The Book of Vision is the story of Eva, a successful doctor who quits her career to study the history of medical practice. The discovery of an XVIII Century essay wrote by the Prussian doctor Johan Anmuth questioned her entire life. «The idea dates back to university. While studying I came across a doctor of the ‘700’s that revolutionized my entire vision about medicine. At that time was the patient himself telling the story of his body, manipulation was unthinkable, the practice was almost psychoanalytic. The Book of Vision is Hintermann’s first feature, but first time in Venice was in 2003 with the beautiful Rosy-Fingered Dawn, a documentary about Terrence Malick. The relationship with the great American director became more close. «I worked as second unit director for The Tree of Life and during the years I shared my ideas with him. And then he wanted to be one of the executive producers for The Book of Life».

Cast is international. Charles Dance, British actor well known for his role on Game of Thrones, but he also worked with David Fincher and Taviani brothers. Lotte Verbeek, Dutch actress with a solid career in series as well, such as Outlander and The Borgias. Main cast also includes  Sverrir Gudnason and Filippo Nigro. Technical departments is very important. Cinematographer Jorg Widmer worked with Terrence Malick for A Hidden Life. Art director David Crank is fresh from the success of Knives Out. The gorgeous costumes are tailored by Italian Mariano Tufano.