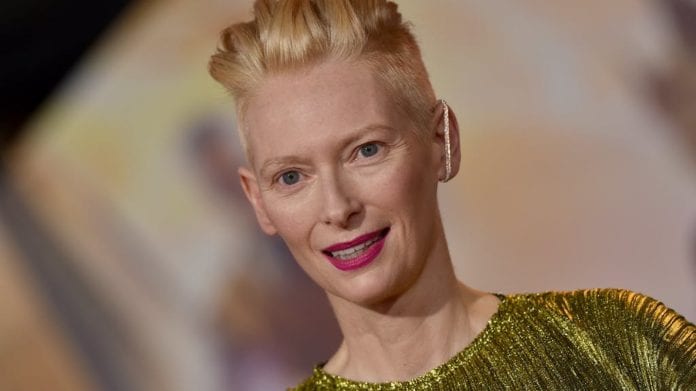 Tilda Swinton will turn 60 next November 5th, same day England celebrates Guy Fawkes and the Bonfire Night. Tilda Swinton is a revolutionary as well. It was easy to sense since her very first role in Derek Jarman’s Caravaggio. It was 1986 and the great British artist turn Swinton in his personal muse. Five years later she won Coppa Volpi thanks to the role he sew on her for Edward II. Since then many directors have been mesmerized by this outstanding actress. She transformed herself for Bong Joon-ho Snowpiercer and Okja. Wes Anderson introduced her in his artistic family and they will soon reveal the content of The French Dispatch. It would have been perfect to have it in Venice to celebrate Leone d’oro alla carriera. A double screening with The Human Voice, the short movie that marks the first time working with Pedro Almodovar. It will be easy spot Tilda Swinton and Luca Guadagnino walking and chatting under the pines of Venice Lido this year. She support him since his debut feature The Protagonists. The Sicilian director declared his devotion in 2002 bringing in Venice Tilda Swinton: The Love Factory, a 30 minutes video confession of the woman and the artist. Then came I’m Love, A Bigger Splash, Suspiria and more will come for sure.

The Leone d’oro alla carriera celebrates 35 years lived intensely. It’s not by chance that David Bowie wanted her for one of his latest videoclip, the poignant The Stars (are out tonight). Tilda Swinton fell on Earth as Mr. Bowie did and she took along a gift declined in many ways. She embraced Hollywood with curiosity and detachment, she won an Oscar for Michael Clayton and embraced the dark sarcasm of Coen Bros’ Burn After Reading (both movies were in Venice in 2007 and 2008). In 2016 at the world premiere of Doctor Strange in London she was asked about her choice to join Marvel Cinematic Universe. “Marvel movies are fundamental to detach younger audience from their tiny screens and bring them in theaters to experience a story along with complete strangers”. There’s no better summary to spoil this year’s Leone d’oro alla carriera.