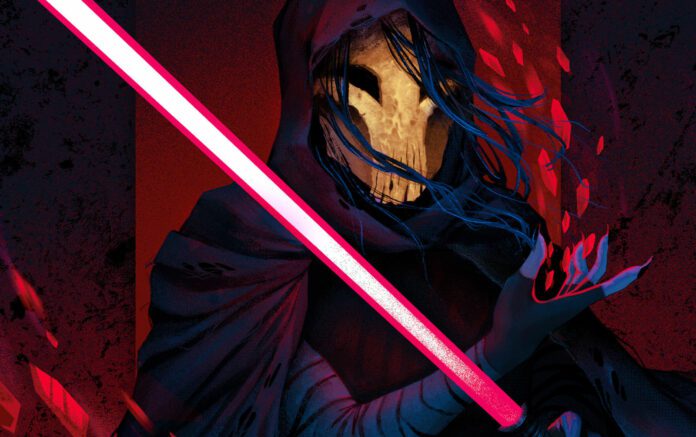 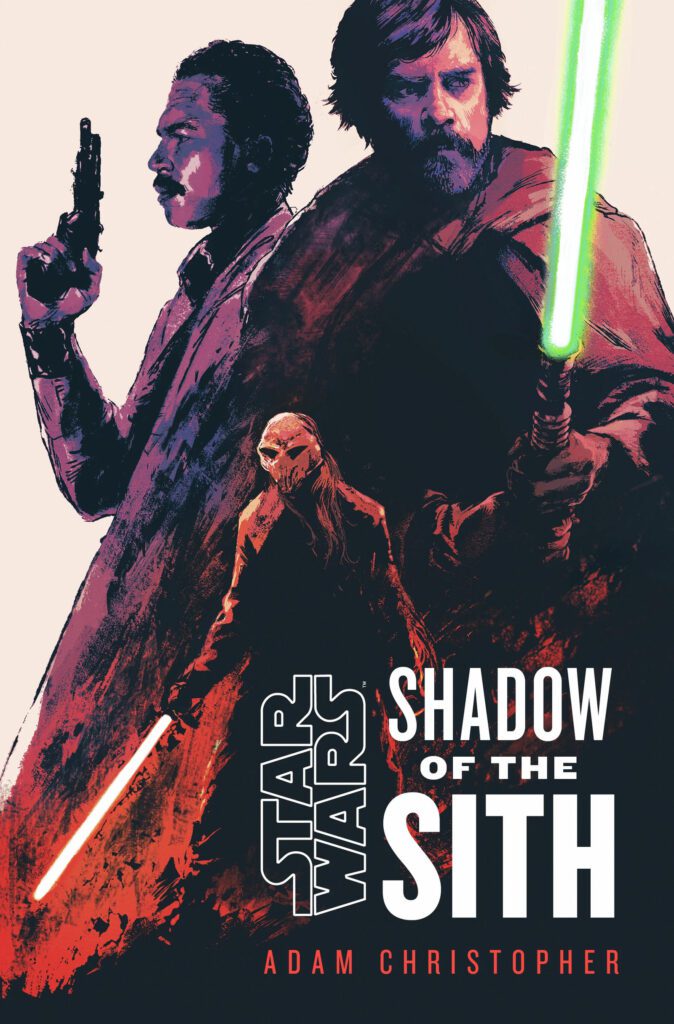 Qui l’estratto di Shadow of the Sith pubblicato da i09:

Something moves in the darkness—a shadow, cast long, crawling through the abyssal night. The shadow is a thing apart: neither alive nor dead.

It is a relic. It is an . . . echo. A presence from an older time, a malignancy that somehow survived, somehow found a way.

She can see it now. Black and blacker still, moving, always moving. An intelligence, yes. A mind, but one without form or substance.

She closes her eyes. It makes no difference. There is nothing to see but a gulf, a nothing, where the shadow lives.

Where the shadow thrives.

In the darkness, in the forever night inside her head.

And the void is not silent. It is anything but. It is a cacophony, a sound so loud it lights up every nerve fiber of her entire being, even though she knows there is nothing to hear, physically.

Entire generations of the living, consumed, their dying cries absorbed and left to reflect forever, trapped inside a dark vessel crafted centuries ago by a power uncommon, inhuman.

By a shadow, cast long.

And there is another sound. A voice, from the ancient past. It is far distant, a call echoing across a huge valley of space and time.

The voice is terrible.

The voice is as familiar as her own.

She opens her golden eyes. The room is bright and, mercifully, silent. Her ears ring like a bell, the sudden absence of screams almost as painful, the echo of the voice still reverberating in her mind.

Slowly, slowly, she remembers where she is. As she lies on the floor and blinks the world into existence around her, she pulls up a hand and touches her face. It is warm, and wet, the blood on her fingertips the bright blue of the Pantoran sky.

The place is lit by flickering flame, and the flickering flame lights the plinth of meteoric iron, and beside the plinth lies the mask made of the same starstuff. The mask faces away from her. It rocks, gently, like it has just been thrown.

She stares at the back of it, the curve of nothing, of darkness, of deep shadow.

And she hears the voice again.

She closes her eyes, and she sleeps, exchanging one nightmare for another, in the dead of night, in the dead of space. She wakes to another sound, one technological, modern. She lifts herself from her nest, ignoring the throbbing in her head, the ache of her limbs.

Because she can’t keep them waiting. They are patient, yes. Infuriatingly so.

But they are also quick to anger, and if there is one thing she dares not do, it is make them angry.

She agreed to help them. They agreed to show her the way.

This is how it was.

And she would do nothing to jeopardize that.

Standing, she activates the communicator, and her nest is lit in the sudden electric blue of a hologram. The image shimmers and pulses, tinged with the same static and interference that protects the caller’s point of origin.

She kneels before the figure, cloaked in darkness, the hood barely concealing a face that is wrapped tightly in heavy black bandages, in the manner all cultists of the Sith Eternal hide their features.

But she does obey.

“What is thy bidding, my Master,” she intones, repeating the litany that echoed through time like the screams inside the mask she knew she would have to put on again, soon.

The looming figure speaks, and she listens, and she wonders whether this will be the last time or whether they will ever honor their promise.

Perhaps one day, they will ask too much. 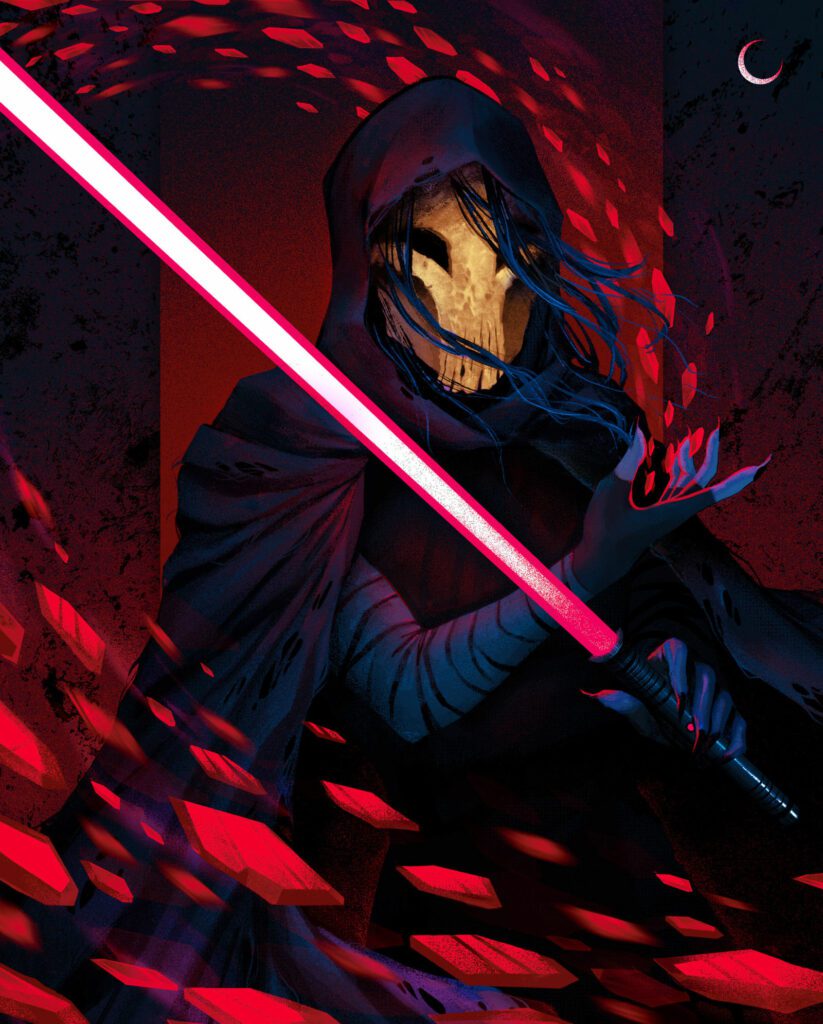