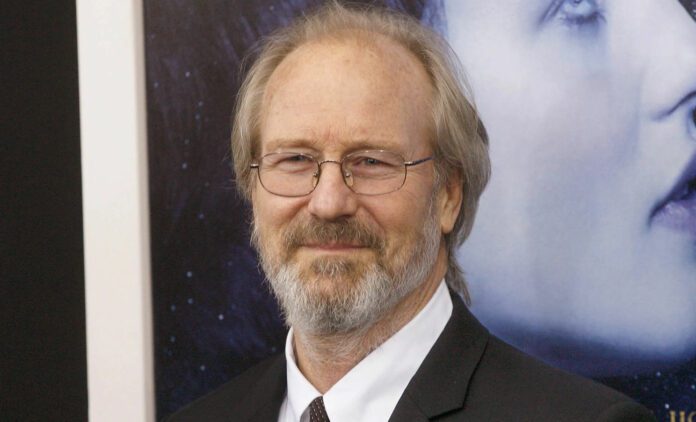 A great actor has left us.
RIP William Hurt 🙏 pic.twitter.com/rg3PmXOmFd

William Hurt has passed. On Robin Hood, I was aware of his reputation for asking character based questions, so I had compiled a file on the life of William Marshall. He sought me out when he arrived on set. I handed him the stack. Not sure if I’ve ever seen a bigger smile. RIP.

Sad to hear about William Hurt. Such a legend.

R.I.P. William Hurt. So sad to hear this news. Working with him on Broadcast News was amazing. He will be greatly missed.

I’m so sad to hear of the passing of William Hurt. I had the privilege of directing him in The Village. He was a master of his acting craft. Every take was new and revealing. #rip

Very sorry to hear about the passing of William Hurt. He was a fine actor, an Academy Award winner. He also did a classic reading of my story "Low Men in Yellow Coats," from HEARTS IN ATLANTIS. I loved hitchhiking on his immense talent.

Grateful that I had the opportunity to work with William Hurt. I admired his acting so much and watching his commitment in person was remarkable. My thoughts are with his family. pic.twitter.com/faDLANuq2E

I had the great pleasure of working beside William Hurt in Too Big To Fail. Bill was a consummate professional. Continually searching for greater truth and human understanding. Blessings to his family and friends. RIP. pic.twitter.com/hOJPtPbVf9

So sad to hear William Hurt has died. He was a truly brilliant actor. Filming scenes with him in Humans was like having a front row seat at a masterclass.

R.I.P. William Hurt. So sad to hear this news. Working with him on Broadcast News was amazing. He will be greatly missed.

Saddened to hear of the passing of actor William Hurt. He broke the mold in his Oscar-winning role in Kiss of the Spider Woman, broke smiles in Broadcast News, and broke our hearts in The Accidental Tourist. A great loss to the world. Rest among the stars now, good sir.

One of the most intuitive and in the moment actors. So truthful, real and always compelling. Too young to be saying goodbye. This one hurts Rip William Hurt #legend pic.twitter.com/n2d4jgFigR

William Hurt was a beyond brilliant film & stage actor, and then he went and guested on @TheKOQ and was so deadpan, low-key hilarious. “This is good cake. And I’m not a cake guy.” RIP pic.twitter.com/3CnnjZDmYz