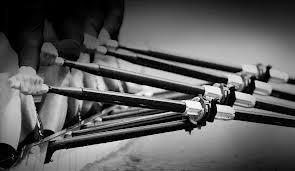 The winner of the Art Fund’s title of Museum of the Year will be announced at a ceremony in London on 9 July.

Here you can watch films about the six final contenders by following the links below. They are Ditchling Museum in East Sussex, Tate Britain, London’s Hayward Gallery, the Mary Rose Museum in Portsmouth, the Sainsbury Centre for Visual Arts in Norwich and the Yorkshire Sculpture Park.

The 2013 award went to the William Morris Gallery in north-east London, while the last year has seen museum attendances as a whole reach new highs.

The prize champions the work of museums and recognises the work they do to draw new visitors through their doors. Who would be your Museum of the Year? Join in the conversation on social media and don’t forget to use the hashtag #MOTY2014.

Inside the London megaport you didn’t know existed