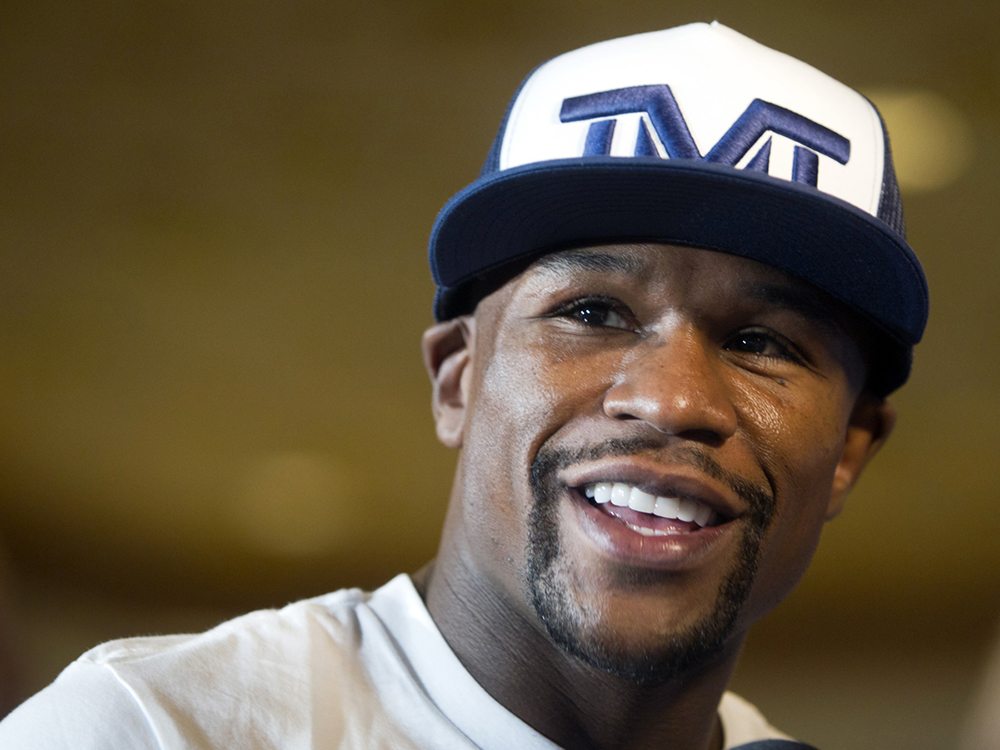 The hottest rumour in Las Vegas this week is a good one, even by the gambling capital’s overheated standards: that Floyd Mayweather is about to buy the LA Clippers. The story was given some substance after the team’s eccentric owner, Donald Sterling, was banned from basketball for life on Tuesday and fined $2.5m for the latest in a string of racist comments.

Sterling, an aged and permed egomaniac, was recently taped telling his young Hispanic girlfriend he did not want her to associate with black players or even bring them to Clipper games, a difficult stunt given the coach is Doc Rivers and many of their playing staff are black.

Mayweather is a seasoned gambler who is said to have made a seven-figure wager on the woeful Clippers in 2012. He is boxing’s richest fighter, with career earnings estimated at more than $400m and, according to the gossip website mediatakeout.com, he wants to park some of it in Los Angeles.

“We just got word from our homies on the MONEY TEAM . . . . that Floyd Mayweather and his business adviser AL HAYMON are entering discussions to purchase the Los Angeles Clippers from Donald Sterling,” it reported excitedly.

“Floyd and Al have made their INTEREST in the team known to the NBA, but are holding off on OFFICAL negotiations until AFTER Money Mayweather’s fight THIS WEEKEND. This is NOT rumor y’all, it’s £FACTS£!!!”

Nobody on the “Money team” would talk about it, citing Mayweather’s preoccupation with the defence of his WBC welterweight title against the WBA champion, Marcos Maidana, at the MGM Grand here on Saturday night. But buying the Clippers would be a good fit with Mayweather’s lifestyle. He has three fights of a six-fight contract with Showtime left after Maidana and the overall deal could double his considerable wealth.

The Clippers story has swamped news bulletins here since Friday, when the celebrity website TMZ posted audio details of the conversation between Sterling and his aggrieved girlfriend, a 31-year-old Los Angeles resident who calls herself V Stiviano. TMZ say she has hundreds of hours of tape and hopes to write a book about her relationship with Sterling, one of American sport’s most controversial figures.

President Obama described Sterling’s comments as “incredibly offensive”. An anti-racist rally was scheduled for 5.30pm local time on Tuesday outside the Staples Center, two hours before the team’s play-off match against the Golden State Warriors.

Earlier, the NBA, after days of equivocation, moved to stem the scandal, when the commissioner, Adam Silver, said: “The man whose voice is heard on the recording and on a second recording from the same conversation that was released on Sunday is Mr Sterling. The views expressed by Mr Sterling are deeply offensive and harmful.”

The New York Times estimate the Clippers will be valued at a little over $500m and that the NBA will bring unprecedented pressure on Sterling to go quietly. The day the story broke, 13 sponsors suspended their backing, making Sterling’s position all but untenable.

However, the NBA’s constitution requires three-quarters of the association’s 30 owners to approve the removal of one of their colleagues, and that will be a major test of their moral fortitude. The team cancelled training on Monday as Rivers called a players’ summit and there are suggestions some of them will walk. Rivers, who played for the Clippers in the 90s, is under pressure to join them.

But the man all of America wants to walk is Sterling. Will Floyd fill the void? We could know by the weekend.